Published on 6 April 2021 This intense novel is about a young mother and wife called Zoe Kruller, who is brutally murdered. It uses mixed storylines… Keep Reading 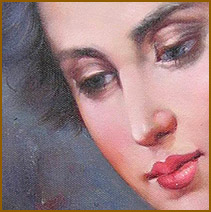 PASSION FOR PAINTINGS
Any posters on your wall? Our oil painting reproductions are exquisite, hand painted and tailor made based on the original masterpieces.
visit website 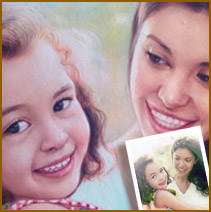 PORTRAITS WITH PASSION
The affordable option to own a family portrait painting in oil on canvas. A golden memory that will last for generations to come.
visit website 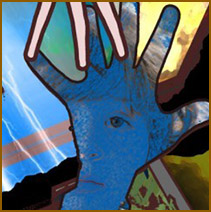 Arthur Hacker (25 September 1858 – 12 November 1919) was an English classicist painter. Born in  London in 1858.  In his art he was most known for painting religious scenes and portraits. His art was also influenced by his extensive travels in Spain and North Africa.

He mainly painted genre and historical scenes,mythological and allegorical subjects (some verging on kitsch). For the middle part of his career he was considered a successful portrait painter.

THE TEMPTATION OF SIR PERCIVAL

The Temptation of Sir Percival by Arthur Hacker

His famous painting The Temptation of Sir Percival painted in 1894 shows us Sir Percival who is tempted by a devil in the form of a beautiful woman.   Percival is one of King Arthur‘s legendary Knights of the Round Table.

I have wasted my hours. Leonardo da Vinci The Hours Arthur Hacker – 1906

I have always been a huge fan of Alice in Wonderland. Love the books, the movies, the drawings. The story helps me to escape real life and enter this marvelous fantasy world created by Lewis Carroll. Come and join me on a journey through Alice in Wonderland…and enjoy the mysteries of this fantastic story…  …

MARC AND BELLA CHAGALL ~ A COLORFUL LOVE “In our life there is a single color, as on an artist’s palette, which provides the meaning of life and art. It is the color of love.” Marc Chagall Photo: Marc and Bella Chagall, 1923, by Hugo Erfurth

Monique’s Passion ~ Living an Artful Life How did I end up living an Artful life? I want to start of by telling you a story, a story about my son. It happened some years ago but I remember as if it was yesterday…

You Say
write a review
Nona Rostagno, Brasil
Monique, I’m very glad to have my works in your site. I always read you interesting posts, music and specially your poems, which are beautiful, but any way sad, because the poet is a beautiful, brig...
Rosa Lapinha, Portugal
Verdadeira e sentida a paixão pela Arte!…
genuine and heartfelt passion from art
I feel it
Ella Sarkysian, USA
You are doing greatest job for all artists around the world,you unite them in a big Art family.This union of artists will save the world …as Dostoevskij said “Beauty will save the world!” Your b...
read all reviews >>